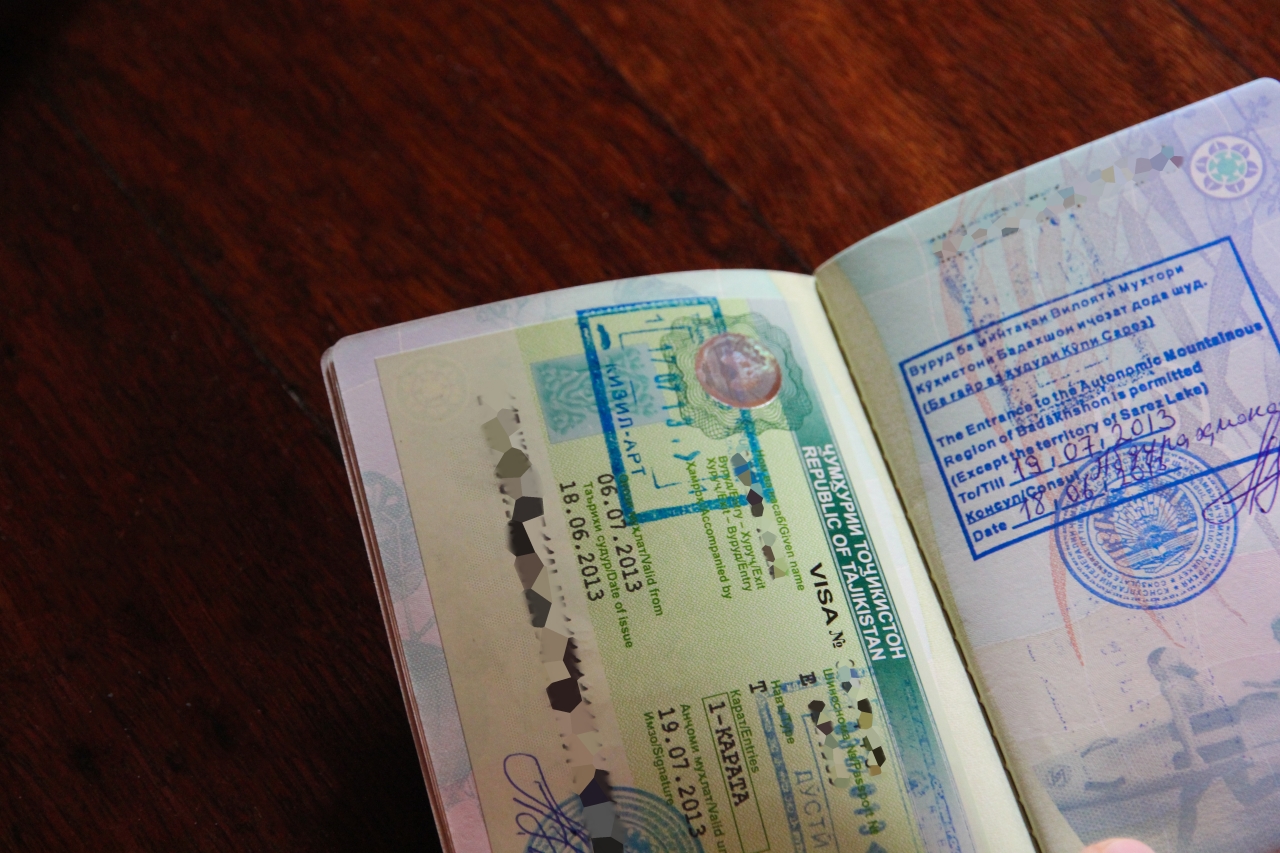 Our first priority in Istanbul was to go the Tajik Consulate to apply for a visa, and knowing how long and bureaucratic the process can be, I wanted to get there as early as possible in case things went pear-shaped. Central Asian countries are notorious for making it difficult for foreigners to enter their borders, and visa regulations can change rapidly, regularly, and at times it seems arbitrarily. From what I can gather it’s mainly Turkmenistan that sustains the reputation of impenetrability; it is basically impossible to get a tourist visa unless you are on an (expensive) organised tour, and so most independent travelers opt for the five day transit visa instead.

Neither Turkmenistan nor Kazakhstan were on my travel priority list, and so our trip was limited to Uzbekistan, Tajikistan and Kyrgyzstan. Last year we had intended to cross overland from China to Kyrgyzstan and got within a 100km of the border, but once we got to China we realised that the time and cost we would need to expend to acquire a visa that allowed us to cross at land borders made the journey more trouble than it was worth. We decided to postpone our trip to Kyrgyzstan until this year. When we got back to Australia after the China trip, we found out that Australians would no longer need a visa to enter Kyrgyzstan, so it ended up working out for the best.

The visa process for Uzbekistan is complicated and frustrating, but not impossible. To be eligible for an Uzbek visa you need a Letter of Invitation (LOI) from their Ministry of Foreign Affairs. Technically, a foreigner applying for a tourist visa can acquire this letter only by booking a tour (or significant parts of a tour, like all transportation or all accommodation) through a certified travel agent or tour company. If, like me, the idea of joining a tour group sounds as appealing as swallowing bricks to you, it is possible to buy an LOI from some companies – we used the oft-recommended David at StanTours. We chose to get a visa on arrival, which is only possible if you are flying in to Tashkent airport which we were. The other options were to post our passports overseas as there is no consulate in Australia (um, no thanks) or to go to the Consulate of Uzbekistan in Istanbul. Picking it up at Tashkent airport was preferable, although slightly more risky – if for whatever reason we were denied a visa, we would be deported and sent back to Istanbul.

It’s possible to get a visa on arrival in Tajikistan too, but only if you are arriving by plane – and most accounts indicate that you will either need an LOI or register with OVIR. Since we were planning to cross overland from Uzbekistan, we had get a visa beforehand; wanting to avoid posting our passports anywhere, we opted to get it from Istanbul. I’d emailed the Tajik Consulate in advance and they confirmed that it would cost $50US each for the visa, plus $10US for the GBAO permit (a stamp that allows you to travel in the Gorno-Badakhshan region), and that there was a 24 hour turnaround.

I was hopeful that getting our visa would be easy, but getting out of bed that morning was not. We dragged ourselves out of bed and immediately started preparing for what was set to be a long day. I’d counted on the time difference between Sydney and Istanbul working in our favour and allowing us to maximise the daylight hours, but the enormous sleep debt we had accumulated over the past five or six days was finally catching up on us, and it was past 9am by the time we finally left the apartment. Özgur had left us his keys and a nice note giving us some helpful instructions about public transport in Istanbul.

The Consulate is in a suburb called Florya, which is over an hour from Osmanbey and requires a transfer at the metrobus stop in Mecidiyeköy. Florya is a pretty, affluent suburb which is full of houses and gardens, unlike the centre of Istanbul which is made up mostly of apartments. The Consulate itself was within a house a 15 minute walk from the metrobus stop, and if there hadn’t been a sleepy guard stationed outside it we probably would have kept walking past it. We knocked on the door; there was no answer. We waited 5 minutes and knocked again – still no answer. Will peeped in one of the windows and reported that it looked like someone was already in there getting their visa. I refused to believe that there were no other people working there – it was a big two storey house, and the room he’d looked inside was not a large one – and so I asked the guard if he could help us. He walked up to the same window Will had gone to, stuck his head in and spoke to the guy inside. The guy replied and the guard ambled back to his station, mumbling something about him being with us soon as he passed.

Soon turned into half an hour waiting on the hot porch. The other guy finally left and the consulate staff member that the guard had spoken to waved us in. He was not much older than us, and ridiculously happy to meet us. We handed him the applications we’d filled in previously, but he was more interested in asking us questions about Australia, Will becoming Muslim and our travels. I slowly relaxed – anyone who has the power to determine whether or not we enter a country makes me supremely edgy, but he seemed delighted that we wanted to visit his country of birth. He barely glanced at the application before handing us two plain A4 sheets of paper. He then asked us to write a letter about why we wanted to go to Tajikistan. Will and I looked at each other in panic. I’d read everything I could find on the internet about getting a Tajik visa so I’d know exactly what we needed to take with us, and I’d seen nothing about a letter.

“So we just write it here? Or we find somewhere to type it?” I asked him, nervously.

He looked up, surprised and slightly annoyed. “To the Consulate-General of the Republic of Tajikistan in Istanbul, of course.”

Of course. We wrote a few lines, and signed off with a “Yours sincerely.” He seemed pleased with that. He sent us to the bank down the road to pay $50 for the two visas + GBAO stamps altogether, instead of the $60 each we’d been expecting to pay – I guess he gave us a discount because we were Muslim, or because he liked us, or both.  After sitting at the wrong bank for 20 minutes, we finally paid and returned with our receipts. Another woman arrived just after we’d knocked on the door. The guy answered the door with a big smile and gestured that we come in. I stupidly decided to be polite and let the woman speak to him first, thinking that she would just ask him a couple of questions. Dumb dumb dumb. He took her inside and we waited in the heat again for what seemed like an hour. When the woman left left, he didn’t invite us in but simply took the receipt and closed the door.  We weren’t sure whether we’d be getting the visa today or if we’d have to go back the next day, as the email had led me to believe. We didn’t really have any clue what was going on, to be frank.  Another 15 minutes passed, and he called to us from the open window the guard had talked to him through before. He handed the passports back through the window, but not before he’d grilled Will about AFL for 10 minutes. Will knows nothing about AFL, but in the knowledge that his answers could determine the fate of our visas, he persisted bravely. Whatever he said, it satisfied the consulate guy; and just like that, we had our passports back in our hands, complete with Tajik visa and GBAO permit.